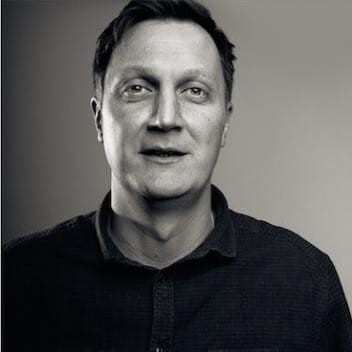 Whilst advertisers have been involved in content since the 1930s, today’s producers and broadcasters agree that branded content & entertainment (BC&E) has recently taken on a life of its own, growing rapidly in the last decade.

So what makes a good piece of BC&E?

Perhaps most importantly, everyone involved – brands, agencies, and broadcasters – needs to focus on the piece being entertaining; BC&E is not intended as a direct form of advertising. As Plum Pictures Managing Director Will Daws explains: “Viewers are not mugs; they know when they are being sold something. They just want to watch something great. From the agency’s point of view, the most important thing is to make a good show.”

Mediacom’s Media Partnerships Manager, Andrew Gifford, furthers this in his statement, “Without a great idea, there is no audience. Once you have that, you can work to see how best the brand and the show can work together.”

Innovation is key, alongside working closely with brands.

Judged by some of the industry’s biggest names, this event recognises the most creative and innovative digital content in the UK, including channels and programmes, second screen content, multiplatform projects and original online content.

Hub are proud to have made this year’s shortlist for Best Content Partnership or AFP for our series Pop Up Start Up, produced with Alibaba.com for CNBC International. Combining fact, entertainment, and documentary formats, Pop Up Start Up challenged 12 entrepreneurs to launch an investible business within eight weeks. It became CNBC International’s biggest branded content show of 2016, reaching 110 million unique viewers in 108 territories, and helped B2B ecommerce website Alibaba.com reach its target audience of SMEs.

The others shortlisted in this category include:

The judges declared this cross-channel season a “powerful message about diversity” and a “lasting legacy”. Timed to coincide with Black History Month in October 2016, the initiative combined oral history, straight documentary, a BFI film season and a call for the public to share their stories.

Dave TV series, Crackanory, sees some of the best UK comedy writers and comedy performers come together for what is essentially story time for adults. Inspired by the BBC’s long running children’s television series, Jackanory, but for adults, each episode has two stories told by two different performers sitting comfortably in a chair whilst the action is recreated around them in storybook fashion.

UKTV, Tiger Aspect and Audible enhanced their already existing partnership by teaming up for the fourth series of Dave’s storytelling show, offering podcast versions of each TV episode. In addition, they released five stories exclusive to Audible entitled, Too Cracked for TV, making content both relevant and rewarding for its audience.

Little Dot Studios for Aviva Insurance and All4

With more than four million views on Facebook, this celebrity-led entertainment series had a hard-hitting aim: to curb the bad driving habits that cause vehicle accidents.

The judges declared, “The brand partners took the risk with the broadcast partners and it paid off.”

AND THE WINNER IS…

Made by STV in partnership with Skoda, this winning programme leveraged humour to generate affection for the brand.

Mediacom’s Andrew Gifford, who worked on the campaign, says humour and entertainment were always at the forefront of the pitch, “There needed to be a sense of credibility to the challenge, which is why the professional sports men and women were key to demonstrating how tough a challenge everyone was undertaking. Once that was established, we could let the entertainers loose to have fun.”

Judges of the Broadcast Digital Awards noted, “It was completely authentic and, as a piece of AFP, it demonstrated risk-taking and lateral thinking. By not taking itself seriously, Skoda sold more cars. If other brands had the same mischievous spirit, it would be great for AFP production.”

Launched only five years ago, the Branded Content & Entertainment category was originally part of the Cannes Festival of Advertising. Now it’s an integral part of their sub-festival of Entertainment, reflecting how much the industry has changed over this short period of time.

Beyond the expansion of formats, this year’s entries identified two trends:

1. Promotional Content: this content, despite its direct intent to promote the brand, has a strong component of storytelling.

2. Editorial Content: the binding of brand values with a narrative.

A shining example of editorial content is this year’s Grand Prix winner,Beyond Money by Banco Santander.

Spanish advertising company, MRM//McCann teamed up with Santander to create a short sci-fi film. Played by the star of the latest Almodovar movie, Adriana Ugarte, the film follows Lucia, a young woman who sells her most treasured memories, getting the audience to question, what’s worth more? Money or experiences?

Studies and surveys have shown that Millennials value experiences more than assets. The philosophy behind Santander’s 1|2|3 Smart Account bears this in mind, offering solutions and benefits for young people. However, in Spain Millennials blame the banks for the suffering created by the economic crisis. Hence Santander’s challenge: to sell an account to a generation who doesn’t want to listen to the banks.

The short film drew crowds to its premier in cinemas and sparked a debate in Spain about the true value of money. It gained huge engagement numbers, garnering 7.3 million views in the first week alone, and earned Santander its fastest sign up rate in its 160-year history.

PJ Pereira, O’Dell’s CCO and Co-Founder and this year’s jury president, describes it as, “…the most perfect example of how a brand could make a statement about itself but also earn the precious time consumers are going to invest in it.”

Elena Grinta, author of the recently released book, Branded Entertainment, points out that Banco Santander manages what others in the Branded Entertainment Festival couldn’t: they chose a social issue that actually has a strong and relevant association with their brand. Elena notes, “Banco Santander bravely faces a theme very close to its identity and more generally, to the industry in which it operates: the value of money. The effort, successful in terms of intrigue and craft – a true theatrical work, is supported by a purpose that has deep roots in the DNA of the brand.”

The largest single component of advertising expenditure is now spent online, but with a growing body of evidence revealing quick and cheap media adversely affecting marketing effectiveness, brands and agencies need to give considerable thought to their branded content campaigns, otherwise they risk negatively impacting their brand equity and consumer satisfaction. All parties involved need to focus on understanding the brand’s values and then binding them strongly together, using the storytelling tools of humour, conflict, and emotion, with the campaign’s narrative.

Because when brands get BC&E right, the results can be remarkable.