PUTTING CREATIVE WOMEN IN THE SPOTLIGHT – A REVIEW 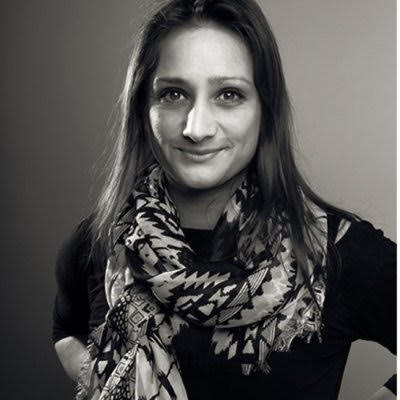 Last Wednesday (08.02.17) a couple of us from the Hub team headed to an event called ‘Putting creative women in the spotlight’. Originally it was meant to be hosted by Madonna Badger  but she, unfortunately, had to pull out, but was replaced by the equally compelling Michelle Morgan, Co-Founder & MD, Livity.

PUTTING CREATIVE WOMEN IN THE SPOTLIGHT – A REVIEW

Morgan was more than able to pick up the topic that Badger was scheduled to discuss, ‘…the responsible portrayal of women in advertising and gender equality.’ It was such an inspiring evening, to be in the presence of women who have made great inroads  in the creative industry, especially when you consider in UK advertising, women make up more than half of junior agency roles, but this drops to 30% for women in leadership positions.
The event was chaired by Louise Benson of Lions Festivals, with Morgan as the feature speaker. Also talking were Pip Jamieson, Founder of The Dots, L.A. Ronayne, Creative director, Havas London, Juliet Haygarth, CEO BMB, and Daniele Fiandaca, Founder of Creative Social and Token Man initiative.

Morgan started her talk by discussing her initial thoughts about declining the invite to replace Badger, and then recognising the feeling of ‘imposter syndrome’ looming over her. This is ‘the fear of being exposed, that you don’t deserve your success, aren’t as good as others – and could be “found out” at any moment.’
How is it that this, high achieving, woman could still feel like this, especially in front of an audience that was more than sympathetic to the topic being discussed? It is something that everyone, irrespective of gender or experience, faces. However, Morgan did say ‘yes’ to appearing because she felt saying ‘no’ was exactly the opposite of what the event was about. Morgan was really captivating in her talk, choosing to talk about her own personal journey into the creative industry and then how she worked her way up. Certainly the challenges she mentioned I felt many of the women present could relate to, but obviously as Morgan had proved, these challenges could be beaten.

All of the viewpoints were interesting and in many ways it felt like a pick ’n’ mix of relatable instances and relevant content. Daniele Fiandaca set up the Token Man initiative after being the only man at an event with 13 women and realising that how he felt, was exactly how many women must feel daily at work. The initiative gives men a better understanding of the challenges women face in the creative world – it shouldn’t be just women that should be promoting equality, it is something that needs to happen from all sides. Cindy Gallop, founder and Chief Executive of #MakeLoveNotPorn and #IfWeRantheWorld and former chair of BBH New York, once said, ‘Diversity doesn’t lower the bar. Diversity raises the f**ing bar. Diversity will make our industry more creative and more lucrative.’ Fiandaca championing women’s equality and the promotion of them in the creative industry is another step closer. The solidarity of women in the room striving to bring about an equality in leadership roles within the industry was inspiring.

I am incredibly proud to say that of the four person senior management team at Hub, three of us are women. Women’s equality and their position in the creative industry are  important to me, and I will support events like this one as much as possible. There is no shortage of inspiration for women out there who want to progress, in any industry. I am currently reading a book by Sheryl Sandberg (COO at Facebook), called ‘Lean In: Women, Work, and the Will to Lead’. It looks at what women can do to help themselves, and make the small changes in their life that can effect change on a more universal scale. There is so much useful, and empowering, advice in the book – I’d recommend anyone, not just women, to read it. I really enjoyed listening to all of the  speakers, and think everyone who attended could takeaway something valuable from it. Many of the audience were tweeting about the event and there felt a real sense of not only purpose, but a collective mindset as we left the event.

Kate is co-founder and Chief Operating Officer (COO) of Hub, and is responsible for overseeing and refining the strategic and operational processes that enable the 15-strong in-house team, and experienced base of specialist freelancers, to deliver global productions that are as effective as they are aesthetic. A champion of equality, ambition and leadership, Kate is proud that the senior team at Hub is 75% women.